Integrity Funeral Care
3915 Dacoma St.
Suite E
Houston, TX 77092
Phone: 713-344-0764
Fax: 888-281-0550
Email: care@IntegrityFuneral.com
Home
Online Tributes
Cremation
Cremation Service Options
What Do I Do Next?
Urns and Keepsakes
The Integrity Difference
Burial
Burial Service Options
Shipping/Transfer
What Do We Do Next?
About Us
Our Story
Our Difference
Contact Us
Comments & Suggestions
Help & Guidance
Pre Planning
Funeral Etiquette
Grief & Healing
The Moments After Death
What to Expect
Facing the Legalities
Need Assistance?

In Memory of
Lawrence
Iacono
1936 - 2016
Click above to light a memorial candle.
Memorial Candle Tribute From
Integrity Funeral Care
"We are honored to provide this Book of Memories to the family."
View full message >>>
Send Flowers
Menu 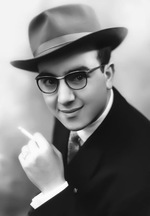 Lorenzo (Lawrence) Iacono, 79, of Houston, Texas passed away on Saturday, March 5, 2016. He was born in Santa Elisabetta, Sicily, Italy, on June 1, 1936, to the late Domenica and Michelangelo Iacono. Lorenzo graduated from the University of Sorbonne in Paris, France and soon after married his wife, Jocelyne Iacono, on December 24, 1960, in Lille, France.

Lorenzo was a Professor of Language Arts early in his career, and later an entrepreneur, having built a successful natural stone company that provided stone for many buildings, skyscrapers, and U.S. embassies around the world. He was also a longtime member of the Knights of Malta, a charitable organization, where he served as Ambassador.

Lorenzo is survived by his wife of 55 years, Jocelyne; five children, Isabelle Radakovich, Florence Henderson, Federico Iacono, Rosanna Karim, and Vittorio Iacono, ten grandchildren and five great grandchildren. He was preceded in death by his brother, Pasquale Iacono, and is survived by two sisters, Teresa Lo Cicero, and Maria Milioto.

A private family funeral was held at Integrity Funeral Care at 2:00 p.m. on Tuesday, March 8.

To send flowers to the family or plant a tree in memory of Lawrence Iacono, please visit our Heartfelt Sympathies Store.