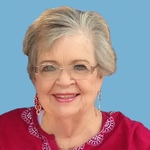 Dorothy Jeanine Greer of Houston, Texas was born on September 10, 1933 and went to Heaven to be with the Jesus on January 8, 2017. She was 84 years old. Dorothy was born in Galveston, Texas to Ben and Alice Harris. She was one of four children. In 1951, Dorothy graduated from Alvin High School where she was Valedictorian. She also attended Alvin Junior College. In 1952, she met the love of her life, Charles Greer, who lived in Fort Worth, at a journalism conference in Denton, Texas. Shortly thereafter, they married and moved to El Paso, Texas where Charles served as a Sargent in the United States Army. They eventually settled in Houston, Texas in 1959. They had three children, Cynthia Ann (1954), Jadie Lynn (1956) and Donna Adele (1959).

Once all of her daughters were in school, Dorothy then pursued her dream of becoming a teacher. While raising her children and attending classes full-time, she attained her Bachelors and Masters of Education with highest honors from the University of Houston. She also obtained additional educational administrative certificates. Dorothy was very driven, always striving higher and never giving up on her dreams. Throughout her career, she spent 26 years in the Spring Branch Independent School District serving as a Kindergarten Teacher, Primary Curriculum Coordinator, and an Elementary School Principal.

After a successful career, she and Charles retired early and spent much of their golden years traveling across the United States in their motor home. They loved to camp and visited 46 states. They also traveled to Canada, Paris, and New Zealand. Dorothy was an avid photographer and enjoyed taking scenic pictures of all the places they traveled.

In the later part of her life, she used her pictures to make cards for her friends and members of the Joshua Sunday School Class at Tallowood Baptist Church. She was gifted with the ability to write beautiful poems and combined her poetry and photographs in the cards she sent to those who needed comfort during trying times.

The two most outstanding qualities about Dorothy were her love for making holidays special and her deep commitment to her family. Every holiday and birthday was celebrated in a big way. Christmas was especially magical because the whole house, inside and out, was transformed into a Christmas wonderland. She was always busy, always thinking of exciting things to do, always cooking and always helping others.

Her family is proud of the life Dorothy and Charles made for them and for themselves. There were no two people who had such a lasting impact on everyone they met. At the time of Charles’ passing they had been married 61 years, an accomplishment of which they were both extremely proud. In that time, they created a wonderful legacy of three daughters, seven grandchildren, and eight great grandchildren. Dorothy is survived by her loving family who knows they all will be reunited again in Heaven.

To send flowers to the family or plant a tree in memory of Dorothy J Greer (Harris), please visit our Heartfelt Sympathies Store.