3915 Dacoma St.
Suite E
Houston, TX 77092
Phone: 713-344-0764
Fax: 888-281-0550
Email: care@IntegrityFuneral.com
Home
Online Tributes
Cremation
Cremation Service Options
What Do I Do Next?
Urns and Keepsakes
The Integrity Difference
Burial
Burial Service Options
Shipping/Transfer
What Do We Do Next?
General Price List
About Us
Our Story
Our Difference
Contact Us
Comments & Suggestions
Help & Guidance
Pre Planning
Funeral Etiquette
Grief & Healing
The Moments After Death
What to Expect
Facing the Legalities
Need Assistance?
About An Amazing Life|Help 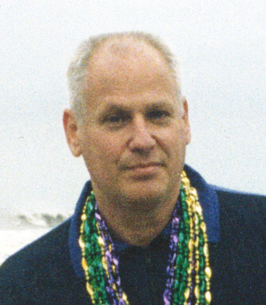 Share this tribute
Memorial Candles Lit for William | SEE ALL
Light a Candle
"We are honored to provide this Book of Memories to the family."
— Integrity Funeral Care
Funeral Details Memory Wall Photos & Videos Send Flowers

Bill Zahrndt, 68, a resident of Houston, Texas, passed away on January 21, 2018 at his residence.
He was born February 10, 1949 in Oklahoma City, Oklahoma to William A. Zahrndt and Opal H. Zahrndt.
He was raised in St. Louis, Missouri and Cleveland, Ohio.

Bill graduated from high school in 1967. He was a long distance truck driver, an avid photographer and lover of music.

To send flowers to the family of William August Zahrndt, please visit our Heartfelt Sympathies Store.

We encourage you to share any memorable photos or stories about William. All tributes placed on and purchased through this memorial website will remain on in perpetuity for future generations.

Thank you for sharing!

Or use your email:

Share on Facebook
Send flowers to the family
Choose from beautiful standing, table and basket arrangements. Safe and secure online ordering.
View Flower Arrangements
What has already been purchased for the family?
Family Log-In

Connect with families at their time of loss. By subscribing to email updates, you will receive two daily updates containing all new stories, photos, candle lightings, condolences, and more.