In Memory of
Margaret Ann
Anderson
1947 - 2018
Click above to light a memorial candle. 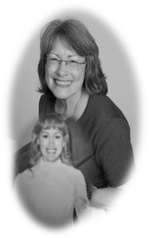 MARGARET “PEGGY ANDERSON, a devoted woman of faith and family, went to be with her Lord and Savior on June 29, 2018 after a not-so-short battle with Leukemia. Peggy was born June 14, 1947 in Chicago, Illinois but made her way to Texas as soon as she could (age 3). After graduating from Calhoun High School in Port Lavaca, she attended a year of business school in Victoria before getting a job and moving to Houston. Peggy moved to Missouri City in 1984 with her husband, Ken, and son Sean. She worked for Fluor Corporation for 21 years, retiring in 2011. After retiring, Peggy did volunteer work with the Missouri City Police Department and Senior Rides and more (Volunteer Faith Caregivers). She was a member and served on the Boards for Tri-City Women’s Club and Holy Family FRIENDS group. Peggy loved the Lord and was a devout Catholic. Peggy also loved her family. She is predeceased by her parents, Jasper and Dorothy Cuellar, and her beloved husband, Ken. She is survived by her son, Sean Anderson (Katrina Benjamin) and grandchildren Yvonne and Margaret. She is also survived by step-daughter, Kelly Baker (Rob), and grandchildren Michael and Madeline, Ashley Burris (Josh), and great-grandchildren, Jackson, Madison and Parker. Peggy was very proud to have grown up in such a big family. She is survived by her seven siblings: Ginny (Don) Wendel, Leon (Vicki) Cuellar, Janet (John) Vincent, Jackie (Gary) Gross, Jay (Sheryl) Cuellar, Loretta (James) Brown, and Chris (Christy) Cuellar as well as many nieces and nephews and great nieces and nephews. She was loved by many and will be greatly missed. Friends are cordially invited to a visitation with the family at Peggy’s home on Tuesday, July 3rd following the 10:00AM Funeral Mass at St Laurence Catholic Church at 3100 Sweetwater Blvd in Sugar Land with the Fr. Jaison Pezhathinal Thomas. In lieu of flowers, memorial contributions may be made in Peggy’s name to the American Diabetes Association or Senior Rides & more.org.

To send flowers to the family of Margaret Ann Anderson, please visit our Heartfelt Sympathies Store.