To share your memory on the wall of Garland Smith, sign in using one of the following options:

Provide comfort for the family by sending flowers or planting a tree in memory of Garland Smith.

Provide comfort for the family of Garland Smith with a meaningful gesture of sympathy.

To send flowers to the family or plant a tree in memory of Garland Ashley Smith, please visit our Heartfelt Sympathies Store.
Read Less

Receive notifications about information and event scheduling for Garland 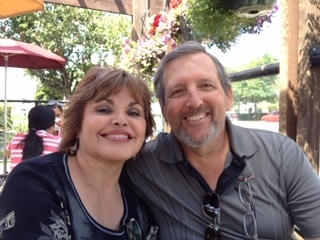 We encourage you to share any memorable photos or stories about Garland. All tributes placed on and purchased through this memorial website will remain on in perpetuity for generations.

Dear family,
Jesus surrounded himself with a variety of personalities. For example, Matthew was a man of finance, Luke was a physician, James and John were fishermen. Clearly your family member Garland was in very good company. The beautiful promises the Bible offers for someone who loved life so much can be such a comfort. As the Bible’s reassures in Psalms 37:29 “The righteousness will possess the earth and they will live forever on it” also In Our Lords Prayer ,Jesus taught us about a future time when God’s will shall be done here on the earth as in heaven. All these men, were men of the land as your dearest Garland. (Garland a man of the land)
My sincere prayers are with you in your time of deep grief.
Comment | Share Posted May 03, 2019 at 01:28pm via Condolence
YR

I wanted to express my deepest condolences. There is a loving promise found at Isaiah 25:8 where it reads: “He will swallow up death forever, And the Sovereign Lord Jehovah will wipe away the tears from all faces... For Jehovah himself has spoken it.” This is a hopefull promise that our Heavenly Father has given us and he cannot wait to fulfill it! (Job 14:14,15).
Comment | Share Posted Apr 29, 2019 at 02:29pm via Condolence
JH

Cindy and Talena, We were so sorry to hear of Garland's passing; he was a kind and generous man, and Chas treasured their friendship.

Momma Cindy & Talena .. I love you both. I will always laugh at the memory of me running & hiding from Garland when we would bring Talena home. Colton has a guardian angel on the football field ( #44 continues on ). Love you both !!!