To share your memory on the wall of James Powers, sign in using one of the following options:

Provide comfort for the family by sending flowers or planting a tree in memory of James Powers.

Provide comfort for the family of James Powers with a meaningful gesture of sympathy.

Sunday, May 5, 2019, James (Jamie) Powers passed away at home surrounded by his family after a courageous 6 month battle with an aggressive and inoperable glioblastoma brain tumor.

Born in Tulsa, Oklahoma on May 29, 1962, Jamie was dest... Read More
Sunday, May 5, 2019, James (Jamie) Powers passed away at home surrounded by his family after a courageous 6 month battle with an aggressive and inoperable glioblastoma brain tumor.

Born in Tulsa, Oklahoma on May 29, 1962, Jamie was destined to be a world traveler with his family spending his first birthday in Caracas, Venezuela. He was awarded his Eagle Scout at the age of 14 in Dhahran, Saudi Arabia before spending his 10th grade year in boarding school at Woodberry Forest in Virginia. He then graduated from Westchester High School in Houston, Texas in 1981. After high school, in 1985 Jamie earned a degree in horticulture from Stephen F. Austin University. While in college, Jamie spent much of his time at the Powers’ farm outside of Crockett, Texas. This included planting a blueberry orchard, and as he put it “studying under the oak trees.” He later confided to his daughters that there may have been more napping than studying. Following graduation, he started his horticulture career in Athens, Texas with Fincastle Nurseries, eventually ending up in the valley at Harlingen, Texas. During his time in the Valley, Jamie earned his private pilot’s license, an achievement that brought him significant joy.

In 1988, Jamie returned to Houston where he met his wife, Ann, in Sunday school at Second Baptist. Jamie and Ann were married March 16, 1991. Together they had three children, Rebecca, Melinda and Louie. During this time, Jamie changed his career to sales in the graphics printing industry including Charette and Hewlett Packard. In October 2018, shortly before his diagnosis, Jamie went to work for NeuraLabel in Stafford, Texas. During his 30 year career in the graphics printing industry Jamie valued his associates and clients and became friends with many across the country.

Jamie loved being outdoors, helping others and being with his family. He enjoyed building projects and crafting beautiful landscapes, and according to his nephews, cooking the best smoked ribs in Texas. He built gardens with his daughters and a jeep with Louie, ensuring that his children always had a special part to participate in his latest project. He loved jeeping and camping in Colorado and hunting in East Texas. He took great pride in watching his daughters run cross country and track, and his son play tennis.

Above all, Jamie was a man who loved his family and loved the Lord. He showed this by consistently looking for people to connect with and help. He was the always the first person to welcome new neighbors. When Hurricane Harvey flooded a third of Jamie’s and Ann’s neighborhood including their home, Jamie ferried his neighbors by boat as we all started the rebuilding process. Jamie was Ann’s hero, putting their home back together.

He was an active member and deacon at Tallowood Baptist Church. Jamie and Ann’s Sunday school class and neighbors along with many others have been a constant support, providing meals and visits and endless amounts of prayer during the 6 months of Jamie’s fight against glioblastoma. During his illness, Jamie and the rest of his family were blessed to receive visits from his friends, coworkers, cousins and aunts and uncles from near and far. In addition, Jamie and his family have been held up and cared for by several caretakers including Samantha, Jonell, and Manuel. They are angels in human form.

Though Jamie’s presence in this life will be missed by all that knew him, we know that he is in the presence of his Lord and Savior reunited with his cousin Alan Williamson and other friends and family that have gone before him including his two German Shorthair Pointers, Hans and Pat.

We will gather to celebrate his life on May 18, 2019 at 11am at Tallowood Baptist Church located at 555 Tallowood Rd, Houston TX 77024. A reception will follow.

In lieu of flowers, donations may be made in Jamie’s honor to a charity of your choice or to one of the following that were near and dear to Jamie’s heart:

To send flowers to the family or plant a tree in memory of James Rolland Powers, please visit our Heartfelt Sympathies Store.
Read Less

Receive notifications about information and event scheduling for James 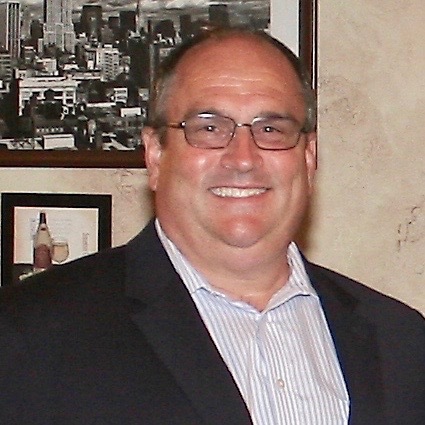 We encourage you to share any memorable photos or stories about James. All tributes placed on and purchased through this memorial website will remain on in perpetuity for generations.

To Rebecca Oklahoma State University Parker Hall Residents prayers are with you and your family.

Flowers were purchased for the family of James Powers.
Order Now | Show All
Comment | Share Posted May 17, 2019 at 01:11pm via Floral Arrangements
HS

Remembering you and Jaime in our minds, our hearts and in our prayers.

Flowers were purchased for the family of James Powers.
Order Now | Show All
Comment | Share Posted May 17, 2019 at 09:35am via Floral Arrangements

I know the past 6 months have been tough but I also know that Jamie is now in a better place. I watched him grow from a teenager into an young man. I am sorry I have missed the latter days of his life because we both share a belief that our eternal life is assured because of our Savior. May God bless to Powers family and may He grant you peace and comfort.

Jamie was a good friend, husband, and father. May we all accomplish that much.
Comment | Share Posted May 14, 2019 at 09:24am via Condolence
HS

We are very sorry for your loss. Your family will continue to be in our prayers. Mason and Jamie Sanders

Peaceful White Lilies Basket was purchased for the family of James Powers.
Order Now | Show All
Comment | Share Posted May 14, 2019 at 09:12am via Floral Arrangements