To share your memory on the wall of Pauline Hagen Ladd, sign in using one of the following options:

Provide comfort for the family by sending flowers or planting a tree in memory of Pauline Hagen Ladd.

Provide comfort for the family of Pauline Hagen Ladd with a meaningful gesture of sympathy.

Pauline, or "Nana" as she was affectionately called, was a devoted Christian, stay at home mother and grandmother and gave of herself unselfishly. She had a sweet and kind manner, and she never had an unkind word to say about anyone. Pauline had a passion for life.
Pauline was active in Bellaire Life, Bellaire Rockettes and two AARP groups. She planned many events and trips over the years for AARP. Pauline was also a member of a Houston Area Doll Club and took much delight in her own collection.

A graveside service for family only will be held at 10:00 on Friday, May 24, 2019 at Memorial Oaks Cemetery. A celebration of life will be held at a later time. In lieu of flowers the family asks that donations be made to Make A Wish Foundation which was Pauline's favorite charity.

To send flowers to the family or plant a tree in memory of Pauline Hagen Ladd, please visit our Heartfelt Sympathies Store.
Read Less 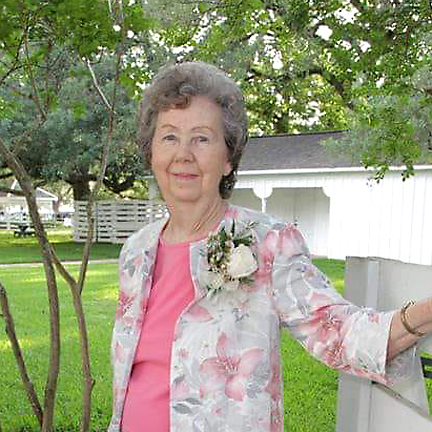 We encourage you to share any memorable photos or stories about Pauline Hagen Ladd. All tributes placed on and purchased through this memorial website will remain on in perpetuity for generations.

Our sincere condolences to your family for your loss. We wish you profound peace during this difficult time.