To share your memory on the wall of Roland Rodriguez, sign in using one of the following options:

Provide comfort for the family by sending flowers or planting a tree in memory of Roland Rodriguez.

Provide comfort for the family of Roland Rodriguez with a meaningful gesture of sympathy.

Roland Rodriguez of Stafford, Texas, passed away peacefully Wednesday, May 29, 2019 surrounded by his loving family. Roland was born in Terry, Texas on August 14, 1930 to Celso Rodriguez and Consuelo Reyes Rodriguez.

After 40 plus years... Read More
Roland Rodriguez of Stafford, Texas, passed away peacefully Wednesday, May 29, 2019 surrounded by his loving family. Roland was born in Terry, Texas on August 14, 1930 to Celso Rodriguez and Consuelo Reyes Rodriguez.

After 40 plus years as an employee of the Sugarland Industries and Imperial Sugar Company, Roland retired in 1995. Because of his passion for the game of baseball, in the early 1960’s Roland help start the Sugarland Little League Baseball program.

A Celebration of Life for Roland will be held on June 6th at St. Theresa Catholic Church in Sugarland, Texas. The Rosary followed by Mass will begin at 10:30 AM. A reception will follow at the reception hall on the grounds of the St. Theresa church.

Roland's legacy will live on in the hearts of family and friends. The Rodriguez family is grateful for everyone’s condolences. In lieu of flowers, contributions can be made to the St. Theresa Catholic Church (sugarlandcatholic.com) or a charity of your choice.

To send flowers to the family or plant a tree in memory of Roland Rodriguez, please visit our Heartfelt Sympathies Store.
Read Less

Receive notifications about information and event scheduling for Roland 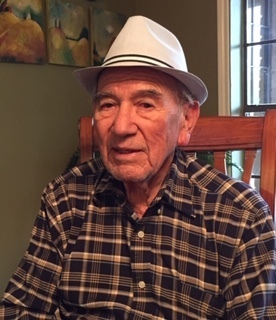 We encourage you to share any memorable photos or stories about Roland. All tributes placed on and purchased through this memorial website will remain on in perpetuity for generations.

Michelle, Mark & Al sent flowers to the family of Roland Rodriguez.
Show you care by sending flowers
Hand delivered by a local florist

Sorry We were not able to make Uncle Roland’s funeral. Barbara & I were on pilgrimage to all the holy places in Wisconsin. When I found out on the passing of Uncle Roland, I offered prayers for the mercy and grace of our Lord for his soul. With the family in your loss. Know dad, uncle Johnny and he are having a cold one up there talking old time Sugar Land baseball.
-Eleno
Comment | Share Posted Jun 13, 2019 at 06:54pm via Condolence
M

My condolences to the family of Mr. Roland Rodriguez. May you find comfort in God's promise to wipe all tears from every eye ( Revelation 21:3,4). God has promised to remember those who are sleeping in death by way of a resurrection (John 5:28,29). May God's promises and the many memories of Mr. Roland strengthen you during this difficult time.
Comment | Share Posted Jun 06, 2019 at 09:46am via Condolence
MA

Sending much love and sympathy for your loss