To share your memory on the wall of Robert Holmes, sign in using one of the following options:

Provide comfort for the family by sending flowers or planting a tree in memory of Robert Holmes.

Provide comfort for the family of Robert Holmes with a meaningful gesture of sympathy.

Bob was born at home in Elizabethtown, North Carolina to Clara Belle Cain Holmes and Robert Holmes II. A successful Clinton Iowa High School athlete he excelled as a runner and swimmer, and was state pole vaulting champion in 1963. His athletic ability led him to be chosen into Navy Seal training and was one of 44 out of 246 who started training to graduate. A veteran of the Vietnam war, he served 6 years in seal team II. . He was honored to participate in NASA astronaut recovery during the Gemini program.

The ocean was his first love. He worked 20 years as a commercial diver allowing him to travel extensively the many oceans of the world. He worked as an operations manager for diving companies in the Philippines, Brazil, and other countries. He enjoyed living abroad where his spare time nurtured a love of music. With Mr. Louis Erath, they formed Erath Sound Corporation which created, installed and maintained residential and commercial sound systems into many of the best nightclubs nationally.

Bob had the soul of an artist. He met his wife Janet Hassinger, an artist, in 1984 in Houston, Texas. They settled in Galveston but never stopped travelling the world. On Galveston Island he became a contractor and co-owned Holmes Custom Woodwork with his brother Richard. He renovated and maintained homes for rent on the Island. Bob built the post-Ike Galveston lifeguard stands. With Navy Seal classmate Denny Bowman, he owned the 21st street Kwik Kar wash.

An uncommon man who fully lived life. He was always loyal to his friends from school days, the military, diving and years on the Island. He followed his passions, ever creative, making fabulous pottery bowls inspired by the ocean and taking photographs of coral reef near his Honduran island retreat.

Bob is survived by his wife of thirty-one years, Janet Hassinger; his daughters: Marina Steffener and her Partner Craig Nahnsen; Adrienne Holmes, from his first marriage to Marjo Fish Lane; brother, Tom Holmes and his spouse Jamie; his sister, Becky Tolan and her husband Roger; and seven grandchildren. He will not be forgotten by his ten nieces and nephews, and seventeen great-nieces and great-nephews as well as many long-time friends. Bob was preceded in death by his parents Bob and Clara, his brother Richard, and his sister Betsy.

A Memorial celebration of Life will be held on December 22 at 11:00 am at Congregation B’nai Israel, 3008 Ave O, Galveston, Texas followed by a sharing of Bob stories and lunch.

SEAL swimmers will swim his ashes out to sea in a Burial At Sea ceremony at the UDT-SEAL Museum in Fort Pierce, FL next November during Veterans weekend, 2020

In lieu of flowers, donations may to sent to Congregation B’nai Israel www.cbigalveston.org or Artist Boat www.artistboat.org , PO Box 16019, Galveston 77552 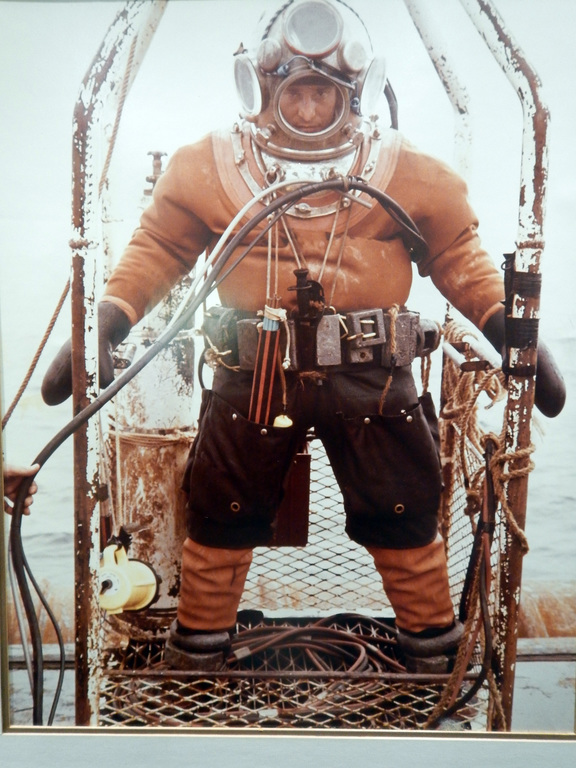 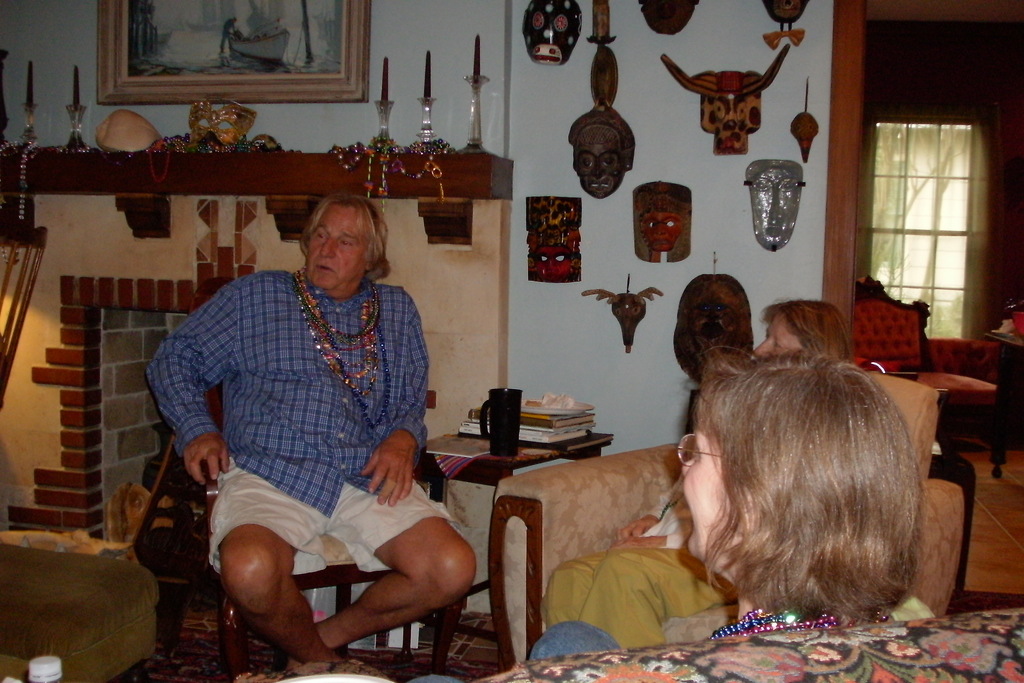 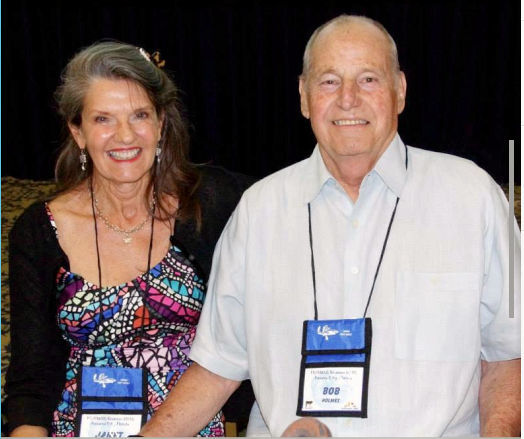 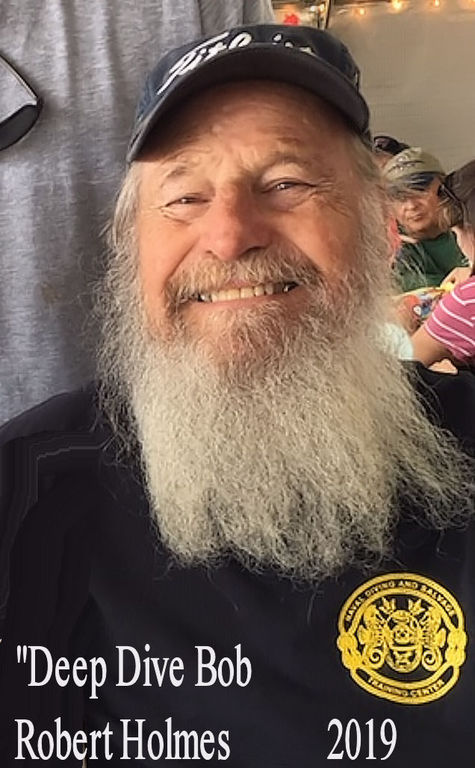 Honor the life of Robert Wesley Holmes III by planting a memorial tree.
Plant a Tree in Memory of Robert
Planted in the area of greatest need
PG

Bob was the brother I never had but always wanted. From the time we met in UDT training in 1965, until the last time we saw each other a few days before his transition, when my wife Jan and I drove to Galveston to see Bob and Janet. He had a major impact on my life as he encouraged me
to get into commercial diving. But it didn’t end there. I Always admired Bob’s talents and accomplishments as well as his flare for life. How he became a techno wizard with Erath. His carpentry and cabinet making skills with his brother, of whom I have to admit, I was a bit envious because he was Bob’s real brother. Then it was on to property management and re-habing with Janet, as well as other projects. He never did anything small. Big was his style. Starting with his nose. He and Howard Bandell were neck and neck when it came to noses. I know I saw one or both of them after long ocean swims and their nose was bent slightly to one side or the other from extended contact with their face mask. There was his speaker system and conch shells-nothing small there. But the biggest of all was his heart. His compassion and generosity were a joy to behold. He helped me out more than once, and the time and attention and care he gave to our fellow classmate Denny Bowman at the end of his life was an inspiration.
Thank you Bob for a life well lived and the opportunity to be a small part of it. You are indeed, Mighty Fine!
Jan and I send our love and prayers to Janet, Marina, Adrienne and all of the grand kids.
Love Pete Girard 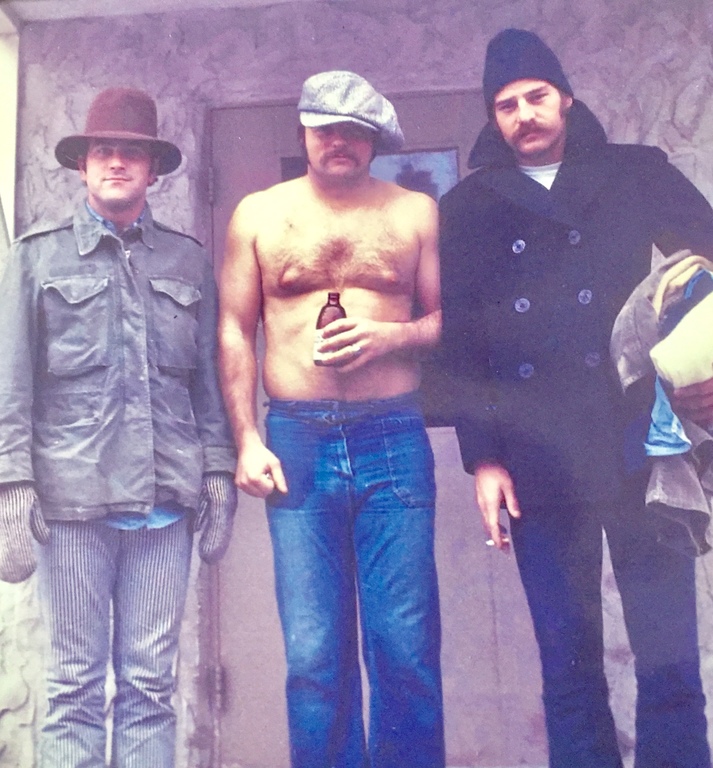 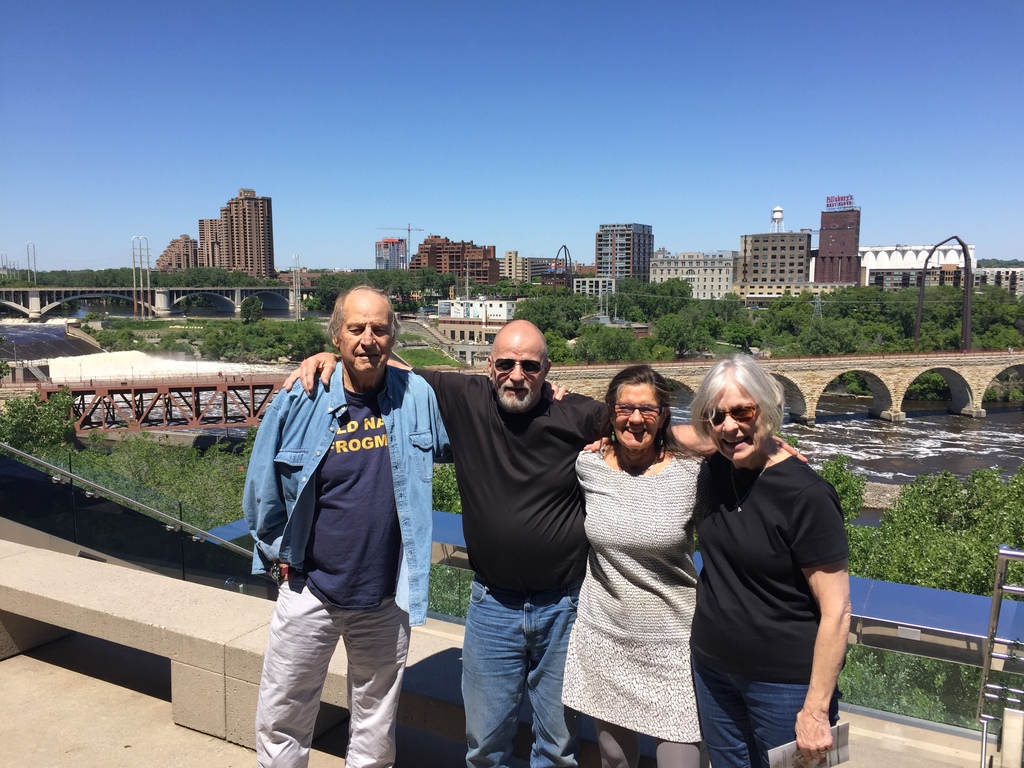 I was a classmate of Bob's in Underwater Demolition Team training and a team mate of his in the Navy for a short time. I saw him from time to time over the years at reunions and in Cleveland Ohio when I lived there while he was in town for some sort of effort. Bob was just a one of a kind person - always seemed upbeat and full of fun and adventure. I will miss seeing him in future reunions very much. My thoughts are with you, Janet, as you grieve his passing.
Henry Light
Comment | Share Posted Dec 12, 2019 at 09:28am via Condolence
JG

I got to know Bob a couple of years ago when he was already fighting health problems. Despite that struggle, he had a kind of life force about him that I've only seen in a few people. He was also very funny, with a sparkle in his eye when he heard something that made him laugh. I wish I had known him back in the day, but I'm thankful for the time we did have. He was truly one of a kind. 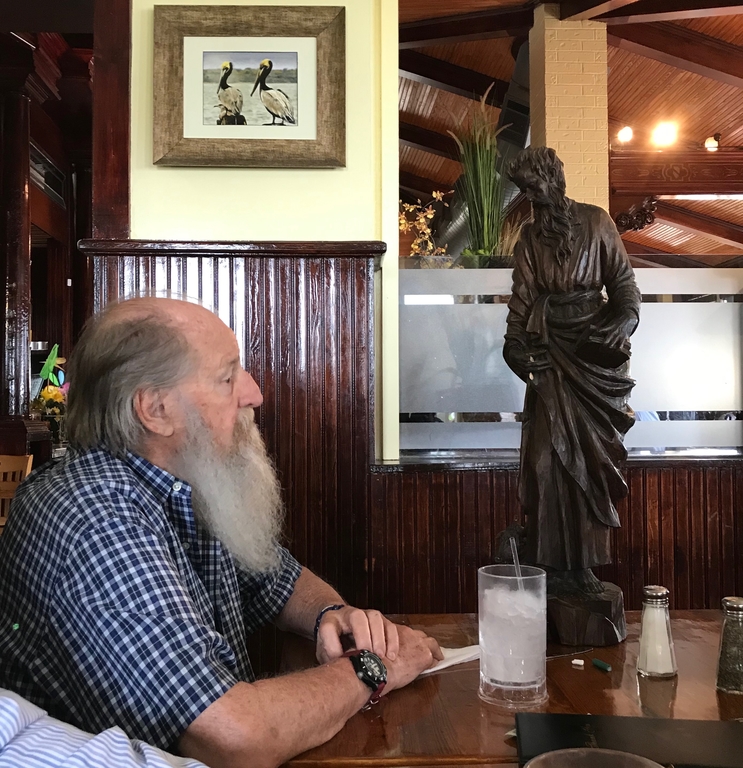 Janet and family please accept my condolences! Bob Holmes was one my mentors in my beginning days of commercial oilfield diving and I owe him! Bob was a good friend, I will miss him dearly! To say he was a wild man was an understatement! A great person and friend! Rest in peace my good friend! You will be missed!
Comment | Share Posted Dec 04, 2019 at 05:59pm via Condolence