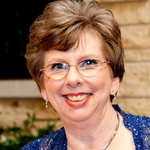 Marilyn Vernel Farquhar Shedd Liles, 74, returned to her heavenly home on March 10, 2020 after a quick and courageous battle with thyroid cancer. Her firm belief in God supported her in her struggle and ultimately gave her peace.

A native Houstonian, Marilyn was born to the late Sam and Lottie Juanita Farquhar on April 22, 1945. She played bass clarinet and was a twirler at Milby High School where she graduated in 1963. She attended Blinn College in Brenham, Texas where she played saxophone in the jazz band. It was there that she met Philip Jack Shedd whom she married June 3, 1966 in Houston, Texas. Marilyn and Philip had two daughters, Misty and Windy. They divorced March 25, 1981.

On June 27, 1982 Marilyn married her best friend and coworker, Kinard (Kin) Vincent Liles. After a stint in Houston and in California, Marilyn and Kin moved to Tyler, Texas where she worked for the Tyler Public Library. Marilyn and Kin enjoyed nearly 25 years together. After Kin’s passing in May of 2007 she retired from the library and moved back to Houston to be close to her daughters and that is where she remained until her death.

Marilyn was an entertainer at heart. She loved storytelling to children, dancing and singing. She could often be found tap dancing, reading, singing karaoke, playing mah jongg, line dancing, and maintaining the library at her apartment complex. Marilyn was an active member of her community taking part in the Emmanuel Episcopal Church Choir, The Singing Belles, Happy Feet Tap Group, Lifeline, and Newcomers and Neighbors of Greater Houston. Most of all she was kind, joyful and full of life. She is dearly missed by her loved ones and friends, who celebrate the fact that she has gone to sing and dance with the angels.

Marilyn is survived by her daughters, Misty Chambers and Windy LaMarr-Bullwinkel; her stepdaughters, Laura Davis and Faith Butsch; her step-grandchildren, Logan Davis, Maggie Davis and Alder Butsch; and her sisters, Sammie Valenti and Allyson Hoover. She is preceded in death by her husband, Kin Liles; her sister, Juanita Elizabeth (Nita Beth) Camp; and her parents.

A service to celebrate Marilyn's life will be scheduled for a date later in the spring at Emmanuel Episcopal Church in Houston once health officials declare it is safe for her family and many friends to gather together in a congregational setting. For those desiring, memorial gifts may be made to
Emmanuel Episcopal Church 16000 Barkers Point Lane, Suite 175, Houston, Texas 77079, www.Emmanuel-Houston.org or the American Cancer Society, 2500 Fondren, Suite 100, Houston, TX 77063, www.donate3.cancer.org.

Prayers, condolences, memories and photos are gladly accepted on her Facebook page www.facebook.com/mvliles.

All rights reserved. This obituary is also archived at obittree.com