To share your memory on the wall of Hilda Cleckley, sign in using one of the following options:

Provide comfort for the family by sending flowers or planting a tree in memory of Hilda Cleckley.

Provide comfort for the family of Hilda Cleckley with a meaningful gesture of sympathy.

Born January 11, 1926 in Augusta, GA she was the daughter of Robert Eugene and Florence Lonergan Carswell. In her early years the family lived above her grandfather’s grocery store in the Frog Hollow community of Augusta. She attended Tubman Girls School.

Hilda met her future husband, DJ as she often referred to him, on a Sunday in Frog Hollow
when her Grandfather invited DJ and two of his college friends home after church. DJ came home to visit for a weekend from Wake Forest and his sister Ophelia happily let him drive her new car to church that day. Hilda and her Aunt Emily were introduced to the Wake Forest men and their history began a 72 year relationship of unsurpassed love and devotion. They married on October 17, 1943 in Panama City, Florida just before Derald shipped off to Europe to serve in WWII.

After the war they moved to Houston, Texas, eventually settling in the suburb of Pasadena where they raised their 4 children. Hilda earned her real estate license in the early 1970’s and became a well known and successful realtor with Alice Shirley Real Estate. She had a soft spot for kitties and rescued many abandoned ones that she encountered along the way in the real estate business. Her favorite hobby was interior decorating. Hilda and Derald’s home in Pasadena and later, their home in Sugar Land always looked as if they could be featured in a decorating magazine. Her family will miss her dearly.

Interment will be with Derald at the Houston National Cemetery at a future date.

Receive notifications about information and event scheduling for Hilda 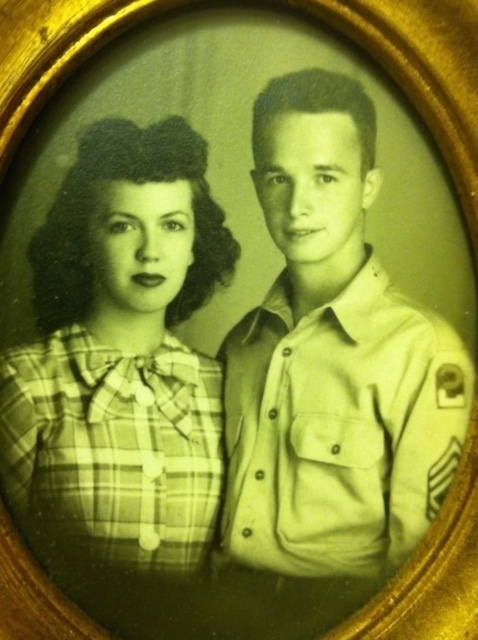 We encourage you to share any memorable photos or stories about Hilda. All tributes placed on and purchased through this memorial website will remain on in perpetuity for generations.

Honor the life of Hilda Margaret Cleckley (Carswell) by planting a memorial tree.
Plant a Tree in Memory of Hilda
Planted in the area of greatest need

We encourage you to share your most beloved memories of Hilda here, so that the family and other loved ones can always see it. You can upload cherished photographs, or share your favorite stories, and can even comment on those shared by others.