To share your memory on the wall of Carolyn Martin, sign in using one of the following options:

Provide comfort for the family by sending flowers or planting a tree in memory of Carolyn Martin.

Provide comfort for the family of Carolyn Martin with a meaningful gesture of sympathy.

Carolyn June Anderson Martin passed away in her home, surrounded by her loving family, in Spring, Texas on April 20, 2020, at the age of 68.

Carolyn was born in Purcell, Oklahoma on March 26, 1952. As a child, she grew up with an adorin... Read More
Carolyn June Anderson Martin passed away in her home, surrounded by her loving family, in Spring, Texas on April 20, 2020, at the age of 68.

Carolyn was born in Purcell, Oklahoma on March 26, 1952. As a child, she grew up with an adoring younger sister and loving parents. She was funny and mischievous, always looking for the opportunity to dye her hair or pierce her sister’s ears. Carolyn was an active member of South Main Baptist Church, having accepted Jesus as her Savior at age 10. Carolyn enjoyed participating in Girls Auxiliary and singing in the youth choir. Shortly after graduating from Pasadena High School in 1970, she married William (Bill) Martin and began a family of her own. They made their family home in Baytown, TX. During that time, she rededicated her life to the Lord when she was 24 years old. While she was a woman of many talents, working in retail, baking, airline travel, and arts and crafts, her favorite job was raising her children, Billy, Leslie, and Alyssa. Once their children were grown, Carolyn and Bill moved to Spring, TX. They joined Greenwood Baptist Church, where she volunteered in the nursery and with Awanas, was active in the ladies’ group, and enjoyed Saturday outings with the “Seniors on the Move”. Carolyn worked at Bammel Middle School in the Special Education Department as an Instructional Aide. While she was notorious for her bad driving, her cooking and her beautiful crafts more than made up for it. She was an avid reader of “literature” (National Enquirer) and owned the vocabulary words in the Reader’s Digest like nobody’s business. Carolyn’s giving heart, warm smile, and easy laughter were a hallmark of the relationships she formed with everyone she met. After Bill died in 2014, Carolyn continued to live in their family home, surrounded by the love of her children and grandchildren.

Carolyn’s greatest treasure was her family. She was known affectionately as “June Bug”, “Junie B”, “Maw Maw”, and “Grandma”. Carolyn was preceded in death by her parents, Harold and Doris Anderson, and her husband, Bill Martin. She will live on in the sweet memories of her children, William and Estela Martin, Leslie Martin, and Alyssa and Hector Torres, and her adoring grandchildren Kyle Rahman, Ismael Rodriguez, Brandon Martin, Eva Martin, Cassidy Martin, Chase Torres, Megan Rodriguez, and Abygayle Torres. She will be remembered by her step-mother, Peggy Anderson, her sister and brother-in-law, Randy and Sherry Pegues, and her brother-in-law and sister-in-law, Sid and Debbie Martin, as well as the many nieces and nephews who she loved as though they were her very own.

A family funeral service will be held at Integrity Funeral Care on Friday, April 24, 2020 at 2pm. The service will be broadcast live via YouTube. A private link will be posted on the family’s social media pages. In the absence of being able to fill the church with your presence and love, the family is requesting that floral arrangements be sent to fill the room with beauty to celebrate this beautiful woman’s life. Flowers may be delivered to Integrity Funeral Care at 3915 Dacoma Street, Suite E, Houston, TX 77092. A celebration service of Carolyn’s life will be held at Greenwood Baptist Church in Spring, TX at a later date.

Receive notifications about information and event scheduling for Carolyn 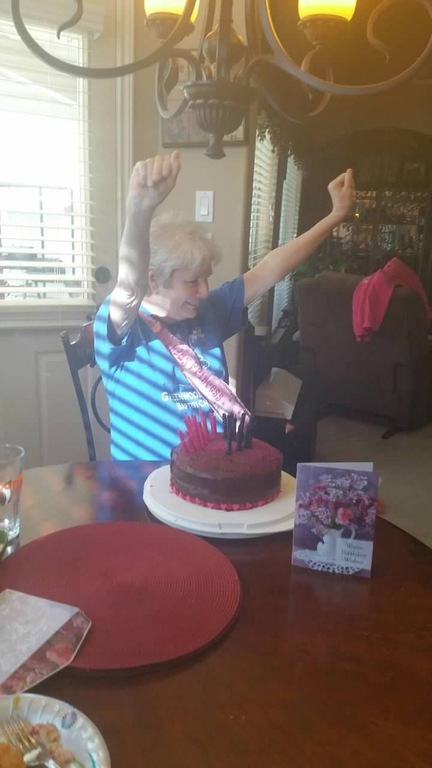 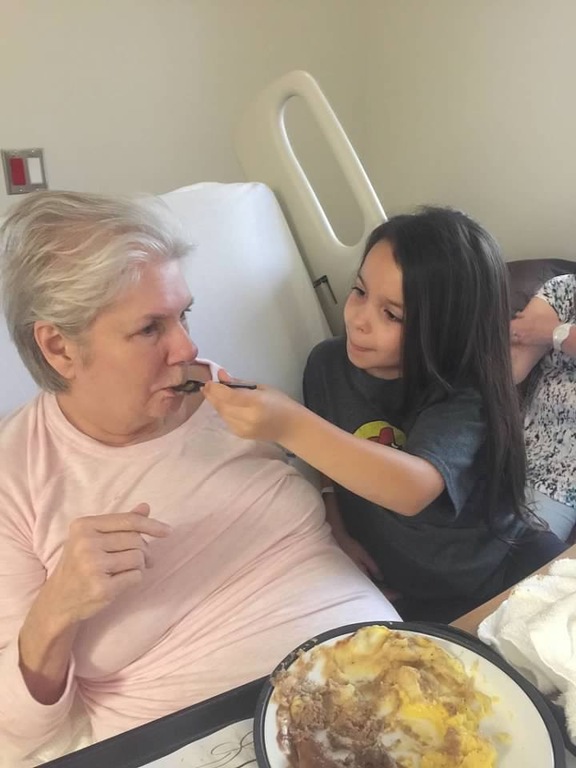 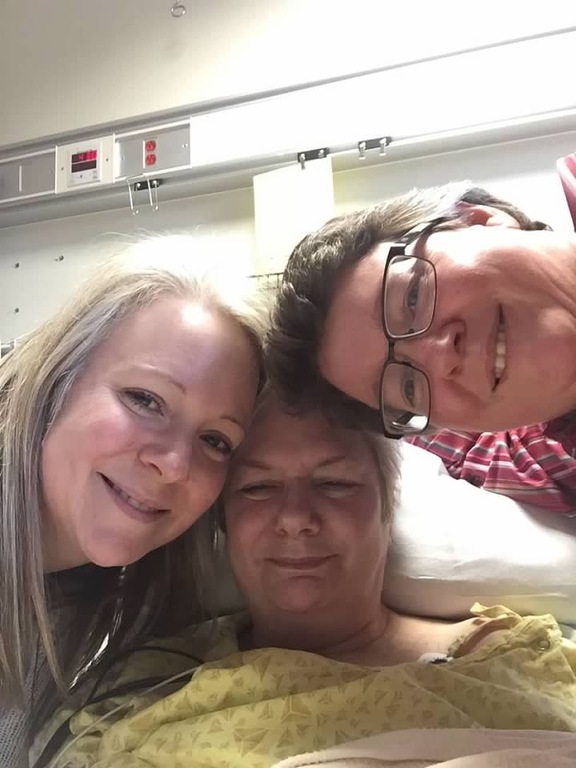 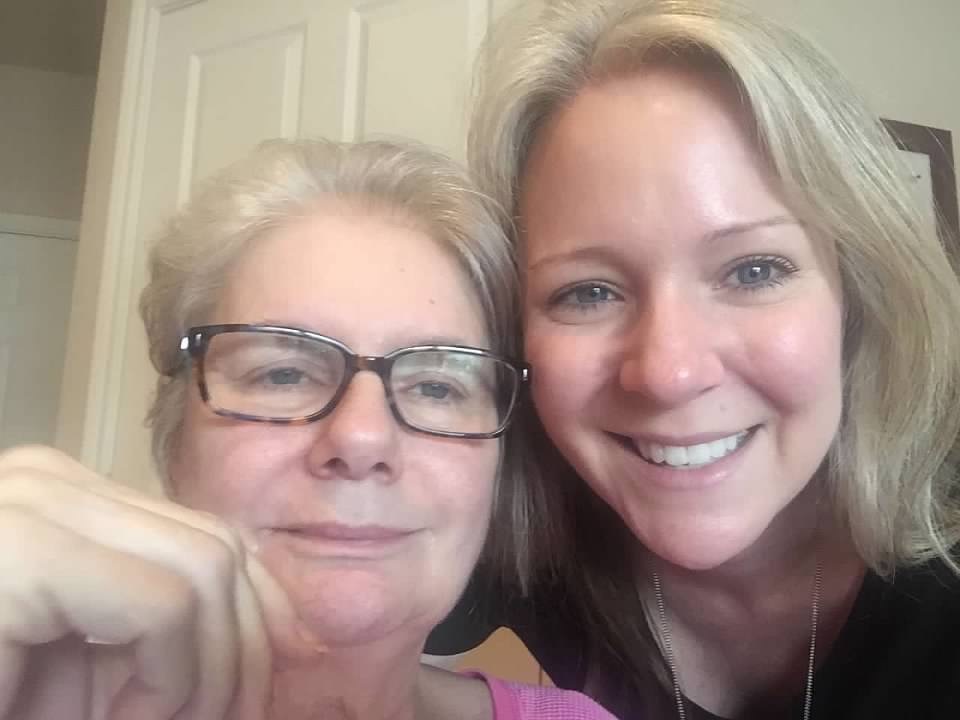 We encourage you to share any memorable photos or stories about Carolyn. All tributes placed on and purchased through this memorial website will remain on in perpetuity for generations.

Jeff Jenkins and family and Siemens Family have planted a memorial tree for Carolyn June Martin.
Plant a Tree in Memory of Carolyn
Planted in the area of greatest need

Forever one of my angels. You are greatly missed. You and Bill give each other a big hug for me. Love you both
Comment | Share Posted Apr 25, 2020 at 05:29pm via Condolence
JF

To the family of Carolyn, Our thoughts and prayers are with you all! We pray for God to bring you comfort and peace.

We send you thoughts of peace and courage.

Our deepest condolences for your loss. Our thoughts and prayers are with you and your family. May the Lord grant you peace and strength.

Oh how precious Carolyn was! Will miss her so much! She had a sense of humor like no one else and she loved so completely! I know y’all will miss her so much but thank God she’s in the presence of our Lord and Savior now. Praying for comfort and peace at this very difficult time for y’all God bless love you!
Comment | Share Posted Apr 22, 2020 at 09:47pm via Condolence