To share your memory on the wall of Elton Blanchard, sign in using one of the following options:

Provide comfort for the family by sending flowers or planting a tree in memory of Elton Blanchard.

Provide comfort for the family of Elton Blanchard with a meaningful gesture of sympathy.

Born June 15, 1957, at Chambley USAF base in France, Elton was the firstborn of late USAF serviceman Elton Lewis Blanchard Sr. and wife Nicole Bounay Blanchard. As the son of a serviceman, Elton spent his childhood seeing the world; his family moved seven times before his dad retired in Pasadena, Texas. Like most military families, Elton’s family was close-knit. He was especially close to his sister Cindy, only one year younger, and he began to reveal a passion for coaching while playing with his brother Bobby, four years younger. Throughout those early years, Elton displayed a remarkably easygoing personality, making him a favorite of teachers and classmates the world over. More than anything, Elton loved to play sports and he especially excelled at baseball, playing in the early days of Philippines Little League in 1968 and 1969. He attended Pasadena schools beginning in 1971 and graduated from Sam Rayburn High School in 1975. On his high school football team and in Pasadena Colt League baseball, Elton made close friends that he would keep throughout his life.

Elton earned a bachelor’s degree in criminal justice from Sam Houston State University, where he was active in Kappa Alpha Fraternity. During college, he fell in love with the game of golf, a sport he learned from his father. He would remain an avid golfer for the rest of his life and passed that torch on to his boys. Shortly after graduating from SHSU, he met an even more important love of his life -- his future wife Gaty Thibodeaux. Theirs was an instantaneous attraction that was a perfect fit from the beginning. They married in 1983; the union lasted more than 37 years and brought him not only a beautiful and kind wife, but a larger family as well. Gaty’s father Chuck and Elton quickly developed a special father-son bond and Elton also became close friends with his brother-in-law Dr. Steve Stern, who delivered both the couple’s children.

An exemplary police officer, Elton was profiled in the Houston Chronicle in 1983 as he patrolled the streets of downtown Houston on foot, “focusing on the unprotected.” There, as throughout his life, he strove to treat those he encountered with respect and courtesy; displaying both empathy and grace that spoke to great character, he trekked his beat with quiet determination. Given the moniker “By the Book Blanchard” by fellow officers, Elton and his partner developed a database of jewelry criminals, which the FBI later expanded for nationwide use to coordinate arrests. Elton worked in a liaison role with the FBI for the last several years of his career. He had complete faith in his HPD partners and in his FBI counterparts, often trusting them with his life.

After retiring from HPD as a sergeant in 2001, Elton obtained his teaching certification and embarked upon a second career of service. At Park View Intermediate School, he became a social studies teacher and coach for football, basketball, track and field, cross-country and physical education. Elton motivated his players through inspirational acts. One year, he did not cut his hair during a lengthy win streak, rallying the school behind the team. He mentored thousands of students, many of who were in the at-risk community. He brought history and geography to life for kids, inviting speakers into the classroom. One such speaker was his own mother, who described life in France during World War II. It was her love of history that inspired his lifelong interest in the subject. A modest man, Elton often said he appreciated educators who eased his transition from law enforcement to teaching.

In addition to his professional careers, Elton also coached both of his sons in youth sports. He was a fixture in the Pasadena youth baseball and basketball organizations from 1992 to 2003, coaching thousands of hours and hundreds of games. Spectators on the bleachers in those days will recall Coach Blanchard and Team Mom Gaty debating which cereal would be that night’s main dinner course, a debate often resolved by a water bottle squirt war. Their lighthearted banter made long nights fun for all and, while kids idolized him as a coach, parents appreciated him as a role model. He once told an aspiring youth baseball coach, “your job is to make team practices and games the best one to two hours of a child’s day, because you have no idea how difficult that child’s day has been."

Elton is survived by his wife, Gaty; two sons and their spouses, Casey and Kylee Blanchard and Patrick and Brittany Blanchard; grandson Grey Blanchard; mother and siblings, numerous sisters- and brothers-in-law, nephews and nieces, as well as countless friends and former co-workers. All will miss his warmth and genuine spirit.

A celebration for Elton’s life will be held at a later date. Memorial contributions may be made at
https://everloved.com/life-of/elton-blanchard-jr/

Receive notifications about information and event scheduling for Elton 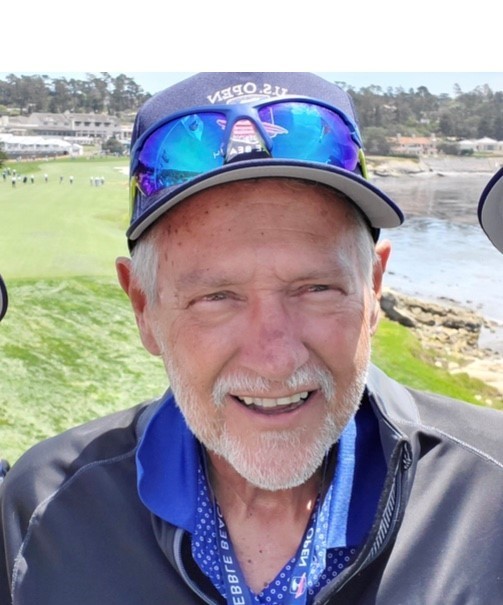 We encourage you to share any memorable photos or stories about Elton. All tributes placed on and purchased through this memorial website will remain on in perpetuity for generations.

Honor the life of Elton Lewis Blanchard Jr. by planting a memorial tree.
Plant a Tree in Memory of Elton
Planted in the area of greatest need

We encourage you to share your most beloved memories of Elton here, so that the family and other loved ones can always see it. You can upload cherished photographs, or share your favorite stories, and can even comment on those shared by others.