To share your memory on the wall of Quintin Butler, sign in using one of the following options:

Provide comfort for the family by sending flowers or planting a tree in memory of Quintin Butler.

Provide comfort for the family of Quintin Butler with a meaningful gesture of sympathy.

Quintin grew up in Oklahoma City and Tulsa, Oklah... Read More
Quintin "Gaw" Butler departed this life July 10, 2020 in Houston, Texas at the age of 64. He was born on October 23, 1955 in Oklahoma City, OK to Donna Edge and Edward "Hambone" Butler.

Quintin grew up in Oklahoma City and Tulsa, Oklahoma, and in 1970 the family moved to Houston, TX. He graduated in 1975 with a H.S. diploma from Robert E. Lee High School. Quintin enjoyed technology, building, and repairing computers, and worked most of his life in the computer field. He had a passion for music, pool, traveling and spending time with family. He was a self-taught guitarist and bass player. He also taught himself how to play pool and competed in pool tournaments in Houston. Quintin enjoyed attending powwows and taking pictures/videos. He shared his work on social media, and his work even reached Europe. Quintin enjoyed spending time with his nieces and nephews, and often traveled to visit family in Oklahoma. He had a special place in his heart for his second nieces, Yunnin and Ylva, and treated them like they were his own grandchildren. He was known to them as Grandpa Gaw.

He is preceded in death by his parents, Edward and Donna Butler, brother Ronald Butler, and sister Deanna Butler Bates.

Services dates are pending at this time.

Receive notifications about information and event scheduling for Quintin 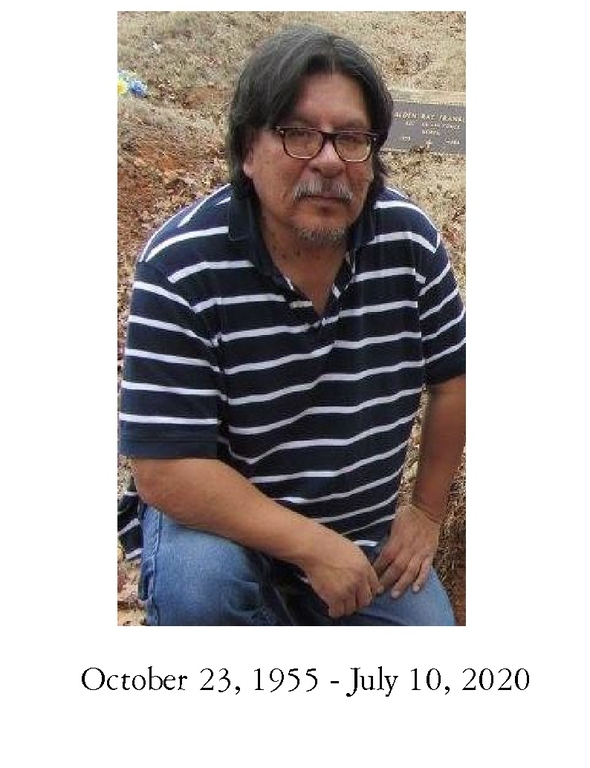 We encourage you to share any memorable photos or stories about Quintin. All tributes placed on and purchased through this memorial website will remain on in perpetuity for generations.

Honor the life of Quintin Dale Butler by planting a memorial tree.
Plant a Tree in Memory of Quintin
Planted in the area of greatest need
AC

We have shared most holidays and special events for the past 6 years With Quintin. He is really special to our family and will be missed tremendously! I love this photo because he always had his camera ready for a candid shot, he was a great photographer!
Comment | Share Posted Aug 07, 2020 at 09:40pm via Condolence
AC

We have shared most holidays and special events for the past 6 years With Quintin. He is really special to our family and will be missed tremendously! I love this photo because he always had his camera ready for a candid shot, he was a great photographer!
Comment | Share Posted Aug 07, 2020 at 09:39pm via Condolence