To share your memory on the wall of Morris Elliott, sign in using one of the following options:

Provide comfort for the family by sending flowers or planting a tree in memory of Morris Elliott.

Provide comfort for the family of Morris Elliott with a meaningful gesture of sympathy.

Morris Gene Elliott passed away unexpectedly at Memorial Herman Greater Heights Hospital in Houston, Texas on Wednesday July 15, 2020. Gene was born to his parents John Lee and Floy Inez Elliott on July 30, 1941 in Goldthwaite, Texas as the 4th born of their six children.

He attended public schools in Goldthwaite graduating in 1959 as salutatorian of his class. After furthering his education at the University of Texas at Austin, he started his 41 year banking career in Killeen, Texas, moving on to larger banks in Houston, including Texas Commerce and finally JP Morgan Chase Bank.

While at his first banking job in Killeen he met and married Brigitte Karin Elliott. To that union of 44 years Michael Gene Elliott was born in Killeen, TX, in 1975. Michael was greeted into the family by his brother Mark.

Gene will be interred in the Goldthwaite Memorial Cemetery next to his wife Brigitte at a future date.

Receive notifications about information and event scheduling for Morris 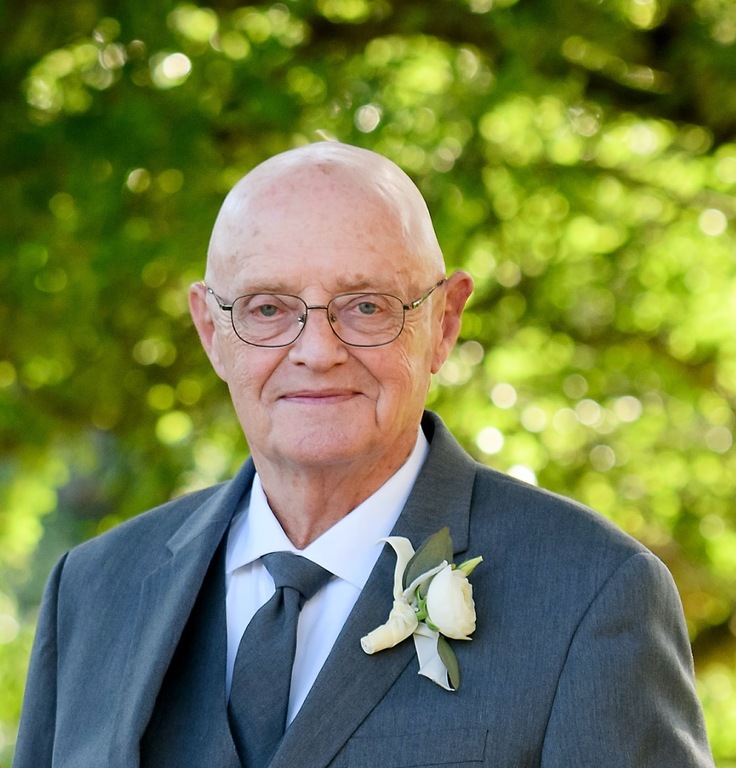 We encourage you to share any memorable photos or stories about Morris. All tributes placed on and purchased through this memorial website will remain on in perpetuity for generations.

Honor the life of Morris Gene Elliott by planting a memorial tree.
Plant a Tree in Memory of Morris
Planted in the area of greatest need
MF

Our Condolences to the Elliott Family in the passing of Gene. He was a good friend and a great boss at JPMorgan Chase bank.
We will miss him. He is at peace with all the angels in heaven. God bless you Gene.
Our Sympathy, Margaret & Ed Fitzgerald
Comment | Share Posted Aug 04, 2020 at 05:24pm via Condolence
T

My sincerest condolences to the entire family. It was a real pleasure knowing & working for such as amazing person. May he Rest In Peace.

Gene was so very special to me. He was a man of great character and integrity. I worked along side of him for many years at JPMC and he taught me so much. We called him gentle Gene. I will miss that smile and his great big heart. He was always available when I needed advice or just an ear to listen. My heart goes out to the family and I know he will be missed. May God comfort you during this time and may you cling to the wonderful memories and the legacy he has left. In deepest sympathy.

I remember Gene walking thru the department at Texas Commerce bank and saying good morning and he knew everyone name.. always had a kind word...
Comment | Share Posted Jul 24, 2020 at 08:51am via Condolence