To share your memory on the wall of Carol Harrington, sign in using one of the following options:

Provide comfort for the family by sending flowers or planting a tree in memory of Carol Harrington.

Provide comfort for the family of Carol Harrington with a meaningful gesture of sympathy.

Carol attended Catholic school in her primary years and had her first communion at age 10. When her parents separated in 1973, Carol converted from Catholicism to Christianity, where she continued to be a faithful follower of Christ. Carol graduated from Locke High School in 1980. In that same year, she began dating Lathan Horton, a widowed father of two children, Sabrena and Roderick. Carol and Lathan shared a loving relationship that lasted 10 years and yielded two children, Lathon and Ciara. Carol and Lathan were the epitome of co-parenting. They shared in the rearing of their children and a friendship that many envied. Carol worked for a local printing and advertising company, Effective Graphics, in Torrance, CA for 22 years until the recession of 2008/2009 that resulted in their business closure. She spent her last 7 years employed with the United States Postal Service in San Bernardino County, California.

In 1987, Carol joined Apostolic Faith Home Assembly in Los Angeles, where she was saved and filled with the Holy Spirit and faithfully served on several ministries, until she moved to the Inland Empire in 2012. Carol loved the Lord with all her heart, mind, body, and soul and always prayed and encouraged others to pray as well. Carol was a beautiful, kind, caring, self-less, friendly, loving person and was always willing to help others. She unapologetically shared her faith and had an infectious laugh and a gorgeous smile. Carol loved spending time with family and friends, especially her grandchildren! She was an affectionate and hands-on “Nina”. Carol loved to dance and listen to music, especially gospel. She was a natural born nurturer and a lover of people. Everywhere she went, she either knew someone or made a new friend. She was the most forgiving person as well, never holding grudges and always seeing the best in others.

On October 3, 2019, Carol was diagnosed with lung cancer. She put her trust in God and prepared to fight this disease with everything she had. Her daughter, Ciara, requested she move with her in Houston, TX to receive treatment at the top cancer treatment hospital in the nation, MD Anderson Cancer Center. She made the move in January 2020. During the 7 months of chemo treatments and hospitalizations, she remained vigilant in her faith, often saying “my life and this situation is in God’s hands.” Carol did not worry about the outcome of her diagnosis because she knew God would heal her in His time and in His way. Our Heavenly Father did just that, He healed her in His way by taking her home.

The family of Carol Harrington with deepest appreciation would like to thank you for the prayers, phone calls, text messages, monetary gifts, social media posts, cards, plants, and flowers. You have been a blessing to our hearts during this most difficult time with your kind words and thoughtful actions. Whatever you did to console our hearts, we thank you so very much, whatever your part.

Receive notifications about information and event scheduling for Carol 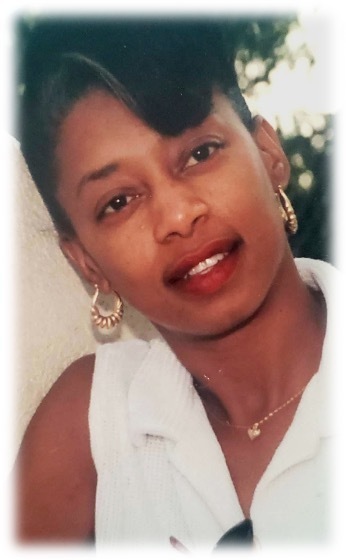 We encourage you to share any memorable photos or stories about Carol. All tributes placed on and purchased through this memorial website will remain on in perpetuity for generations.

Honor the life of Carol Evett Harrington by planting a memorial tree.
Plant a Tree in Memory of Carol
Planted in the area of greatest need
K

I'm honored to have met and befriend such a beautiful and unique woman. Carol and I were like natural brother and sister. We cared and shared. We confided in each other on so many levels. One fond memory I have is when I picked her up and we ended up at Disneyland just to get dessert. 😊
We laughed and shared so many wonderful moments. Another time is when I met Carol and Ciara for lunch and we were having a great time. As we sat there a new report came on to say Michael Jackson was dead. We all sat there stunned in disbelief.
We served together at Home Assembly Church in many areas especially in the music worship ministry. Carol was a great asset to the church and was there to assist when others were in need.
God bless you my beloved friend and sister.
To the family you all are in my thoughts and in my prayers.
Know that Carols life was not in vain. I miss her so very much I almost called her number the other day.
Much love and respect
Ken Thornton
Comment | Share Posted Aug 21, 2020 at 07:21pm via Condolence
LT

Ciara and I met in 4th grade and instantly became best friends. Growing up, my parents were strict on me visiting friend's homes on my own, however, they always like Ciara so I was allowed to go around the corner to visit. I first remember thinking OMGOSH, Ciara is her moms clone just in kid form. LOL Ms. Harrington was always so nice and welcoming. I remember as a kid thinking how selfless she was and not knowing how one person could manage everything she did with grace. I know she'll be deeply missed always, but as I thought about what you all must be feeling here on earth, I quickly heard, to be absent from the body means to be present with the Lord. Praying for strength and peace for you all.
Love you Ciara!
-Sa Lisa
Comment | Share Posted Aug 06, 2020 at 12:29pm via Condolence