To share your memory on the wall of Gloria Castillo, sign in using one of the following options:

Provide comfort for the family by sending flowers or planting a tree in memory of Gloria Castillo.

Provide comfort for the family of Gloria Castillo with a meaningful gesture of sympathy.

Gloria is also survived by her husband of 54 years, Raul Castillo. Gloria and Raul met after high school in Edinburg, TX. While they both had attended Edinburg High, their paths never crossed and the never met until they graduated and began their careers. Raul, working as an insurance salesman, was introduced to Gloria by her sister Alicia under the guise that Gloria was in the market for life insurance. The two then began a courtship, and soon after Raul proposed marriage. As customary at the time, Raul sent a delegation to Gloria’s home to ask for her hand in marriage. While Gloria’s father agreed, he told the couple that they would have to wait. However, eagerness overtook the couple and they eloped.

Soon after marriage, the couple sought better opportunities in the city of Houston, TX. Raul moved to the city first and began searching for work. Raul found himself planting roots in Pasadena, TX where the couple would raise their two children; Veronica Castillo-Niño and Mark Castillo. While Gloria was preceded in death by her Daughter Veronica, she is survived by her son Mark Castillo and his wife Karen Castillo. Gloria is also survived by her eight grandchildren; Marisa Rodriguez, Daniel Niño, Esteban Niño, Lydia Castillo, Jacob Niemeyer, Daniel Niemeyer, Benjamin Niemeyer, Lillian Niemeyer, and her great granddaughter Lyla Rodriguez.

Gloria would begin working in Houston for a Ford dealership, but in the early 70’s, she started a twenty-five-year career working for the late Bud Adams, then owner of the Houston Oilers. She would openly admit that when she first started her career with the Oilers, she knew next to nothing about the game of football. However, through the years, she gained more than casual knowledge of the game as well as key player statistics. Gloria was a loyal employee almost to a fault. Sick days were almost non-existent, and her coworkers and managers could always count on her to take care of her desk. Her memory of accounting numbers, employees, and human resource issues from years past was impeccable. Gloria also enjoyed the political process, enjoying many years working as a poll worker for elections.

As a mother, Gloria made sure to stay involved with her kid’s activates, always stressing the importance of education and faith. Gloria was also a saint of a grandmother, helping take care of her grandchildren in their early years, always being ready to support their upbringing. Later in life, when her daughter Veronica Castillo-Niño was diagnosed with ALS, Gloria stepped up to take care of her daughter, as well as help with the care of her grandchildren. Gloria spent her life dedicated to family, even raising her great-granddaughter Lyla for the first two years of her life.

While Gloria never claimed to be a great cook, she dedicated time to coming up with a process which produced the greatest tamales of all time. For her family, this was a holiday treat. As time passed, she began sharing them with friends, coworkers, and even neighbors. Over time, demand for her tamales spread to her kid’s friends and coworkers as well. While others may have looked at this as a way to make money, Gloria used this as a way to give back, sometimes making over a hundred dozen tamales for over the course of the holidays. During the last three years of her life Gloria passed this tradition on to her granddaughter Lydia, her boyfriend Nick, her daughter-in-law Karen and granddaughter Lillian.

Throughout the course of her life, Gloria had strong Christian values and was a devoted member of the Catholic church. She always maintained ties to her faith community and led a dedicated prayer life. Gloria was a woman who was deeply loved and will be truly missed by her family, friends, and community.

To send flowers to the family or plant a tree in memory of Gloria Maria Castillo (Benavidez), please visit our Heartfelt Sympathies Store.
Read Less

Receive notifications about information and event scheduling for Gloria 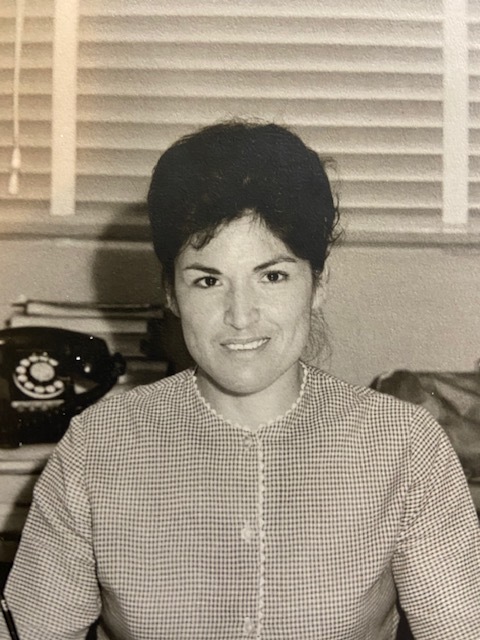 We encourage you to share any memorable photos or stories about Gloria. All tributes placed on and purchased through this memorial website will remain on in perpetuity for generations.