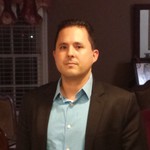 Craig Michael Gantt was born on Friday, June 13, 1979 in Houston,
Texas. What a blessed, special day that was!

He grew up in the Arbor Oaks subdivision in northwest Houston in the
Aldine Independent School District. He attended Inwood Elementary,
Hoffman Middle School, and Eisenhower High School.

Growing up, he was a fun-loving, mischievous kid always looking up
to his brother. Craig was the character of the family. He loved to play
baseball and he loved his pets, especially Stormy the cat. There’re a lot
stories about their relationship. He enjoyed the trips to the family farm.
He enjoyed life and he never met a stranger. He loved family
gatherings where he could interact with his grandparents, aunts,
uncles and cousins.

He attended Lon Morris College and Texas A&M University.
Sometimes Craig would give away his meal tickets to students that were
hungry.

After he graduated from Texas A&M, he took 5 more courses in order
to bring up his grade average so he could be certified as a teacher. He
had to make all A’s. He decided to take them all at once and his parents
advised him to divide it up so it won’t be so hard to accomplish his
goal. But Craig said nope that he was going to take all of them in one
semester. He did and he aced them all. Once he made up his mind to
do something, no one could persuade him otherwise.

Because of his love for animals, he worked in Animal Clinics until
Hoffman Middle school, where he went to school growing up, hired
him as a science teacher. He taught there from 2008 until his untimely
death. He cared for his students and he took special interest in those
that had problems. He spent a lot of money to make his classroom
come alive, to make learning science fun. He had aquariums, salt
water and fresh water, seahorses and turtles. It gave him great
pleasure to watch how the kids would react to the turtles and seahorses.
He coached the boys soccer team and in 2019, Hoffman Middle School
won it all.

On December 22, 2014, he received his Master of Education Diploma
from the University of St. Thomas. He was looking into where he
wanted to go to get his doctorate. During the summer he had been
interviewing for the position of Asst. Principal.

When he was going to A&M, he was involved with Ignite – serving
Christ and others. He was a committed Christian. They went on
mission trips to the Rio Grande Valley. And on his travels, he had the
habit of sharing the Gospel wherever he went.

He loved to travel and being a teacher and having 2 months off during
the summer gave him ample time to follow his passion. He was able
to use his summer travels, being a science teacher, as extra credit for
school.

Some of the places he went to were: Costa Rica 3x (One year he took
several students to Costa Rica on Spring Break), Israel & Jordan
(2013); he drove all over the eastern United States on one trip (2014);
he went to the Grand Canyon and to Los Angeles, CA (2015); He went
back to the Grand Canyon, and to Arizona spring training,
Tombstone, AZ with his brother during spring break (2016); he went
to South America – Columbia, Brazil (Rio de Janeiro), Chile,
Argentina, Equador (stood on the equator in Quito), Peru (2016);
Spain (taking a course in Spanish for 2 months at University of
Malaga in Malaga, Spain (2017); Dominican Republic (2018); drove
to Alaska and back (2019);

When in Israel, Craig saved a woman in the Dead Sea. She was
floating away from shore and she couldn’t get her feet down because
of the heavy salt content. Craig went out to get her and brought her
back.

Craig was an inspiration to all who had the opportunity to meet him
and spend time with him whether in the classroom, the church, or in
the great outdoors. His enthusiasm for telling others about what he
had learned has no doubt encouraged many others to take up the
profession of teaching. We will never know how many students stood
a little taller or felt a bit better about themselves because of Craig's
faith in them. His zest for life, sense of humor, and concern for other
people definitely made the world a brighter and more caring place.
He is survived by his parents, Ken and Mary Gantt and by his
brother Jason Gantt and numerous aunts, uncles, and cousins.

Galatians 2:20-21 King James Version
20 I am crucified with Christ: nevertheless I live; yet
not I, but Christ liveth in me: and the life which I now
live in the flesh I live by the faith of the Son of God, who
loved me, and gave himself for me.
21 I do not frustrate the grace of God: for if
righteousness come by the law, then Christ is dead in
vain.

All rights reserved. This obituary is also archived at obittree.com