To share your memory on the wall of Jimmy Patterson, sign in using one of the following options:

Provide comfort for the family by sending flowers or planting a tree in memory of Jimmy Patterson.

Provide comfort for the family of Jimmy Patterson with a meaningful gesture of sympathy.

He is survived by his loving wife and bes... Read More
Jimmy Ray Patterson, 71 years old of Houston, Tx passed from his earthly life on August 3, 2020

He is survived by his loving wife and best friend, Dolores Patterson of some thirty years, a son, Jimmy Patterson, Jr., daughters, Tammie McGough and Christy Lynn Wood.
His four grandchildren, Cory Ray Green and wife, Forrest and great-grandson, Samuel Ray along with grandson, Bryce McGough, granddaughters, Jessica and Carolyn Patterson. In addition to his mother-in-law, Maxine Carroll, brother-in-law Roger Byars and sister-in-law Janice Hall along with one nephew and three nieces and an abundance of great nieces and nephews.

He is preceeded in death by his parents, Waley Patterson and Ruby Williamson, his son, Allan Wayne Patterson, two brothers, Leland Hamilton, Tommy Williamson and one sister Susie Hejl.

Jimmy Ray was known to many of us as "The Squeeze". He was a lifetime member of the Houston Livestock and Show Rodeo where he served more than 40 years in Corral Club. He was a member of Hold'em and Hit'em Club since 1997 and a Lifetime Director with Houston Farm and Ranch Club.

He was a craftsman by trade and he retired after 20 years of traveling as a Field Machinist.

His greatest joy was spending time fishing with what he called "His Whole World", his 'Dolo". Jimmy Ray was the life of a party and had a smile bigger than Texas. He enjoyed life to the fullest and definitely lived it to the fullest. His favorite saying when someone would come up to him, "What are you doing?" He responded by saying "We'd be cuttin up"!!!!!
A Celebration of Jimmy Ray's Life will be later with details to follow.

At request of the family, in lieu flowers, donations can be made in his memory to the American Heart Association or Scholarship Programs of Hold'em & Hit'em or Houston Diamonds and Dollars.

Receive notifications about information and event scheduling for Jimmy 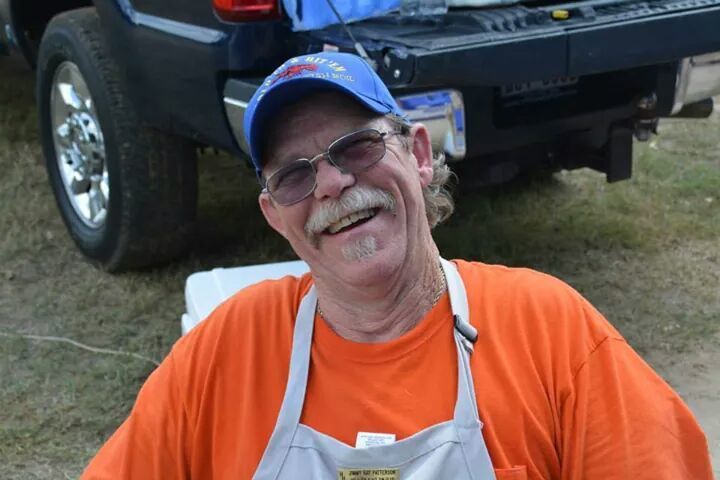 We encourage you to share any memorable photos or stories about Jimmy. All tributes placed on and purchased through this memorial website will remain on in perpetuity for generations.

Honor the life of Jimmy Ray Patterson by planting a memorial tree.
Plant a Tree in Memory of Jimmy
Planted in the area of greatest need
RB

Uncle JRP was always the “fun” uncle. He had the warmest smile and could always make me smile in turn. He will be truly missed. All my love to my Aunt Dolores.
Comment | Share Posted Aug 12, 2020 at 01:01pm via Condolence
D

Dolores, my heart aches for you. You are in my thoughts and prayers. Hugs, Denise Johnson Craigen
Comment | Share Posted Aug 11, 2020 at 10:45pm via Condolence